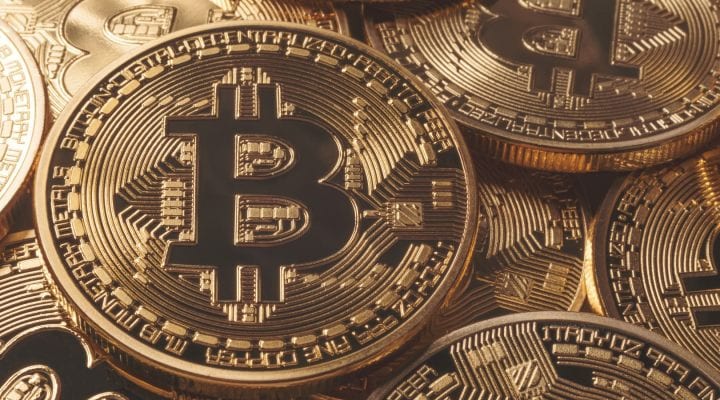 The Future For Bitcoin in Property

Bitcoin’s increasing acceptance and escalating value has given people worldwide the unprecedented opportunity to use their coins to buy property. A house in Essex was bought entirely with Bitcoin in December 2017, making history as the first ever property purchased using cryptocurrency in the UK. The sale cost the buyer just 63 coins which was equivalent of £350,000.

Bitcoin is a form of cryptocurrency that’s decentralised, which means it doesn’t belong to the government or any bank. Bitcoin’s popularity comes from its high value and the ability to send money anonymously, quickly and often without any fees.

If you’re not very familiar with Bitcoin, we’ve highlighted some facts you should know about the cryptocurrency.

How to Buy a House with Bitcoin

There are two ways you can buy a house with Bitcoin. First, if a seller is not willing to accept cryptocurrency as payment, then you can exchange or sell your Bitcoins for cash with a third party website. Second, if the seller is willing to accept entirely Bitcoin, you’ll just need to make an agreement on the final price and figure out how to pay any fees and companies that won’t accept the digital currency.

Many banks have announced that they won’t accept money that’s come from Bitcoin or any other cryptocurrencies as they are unregulated. Bitcoin transactions can’t be traced, along with the fact it’s often associated with money laundering, making it impossible to get a mortgage.

Advantages of Buying a House with Bitcoin

If you have the opportunity to buy a house with Bitcoin but unsure whether to go ahead with it, then you’ll want to find out the benefits. Buying a house using Bitcoin comes with many advantages and we’ve listed the main points below.

Buying a house with Bitcoin cuts out the middle man, which speeds up the process of buying a house for both the buyer and seller.

Bitcoin doesn’t belong to a bank or any other institution, therefore people can remain anonymous when purchasing property, which has proved to be popular amongst Bitcoin buyers.

The fees you’d typically pay with a credit or debit card will be lower when buying a house with Bitcoin or in some cases won’t be relevant at all.

The majority of sellers accepting Bitcoin will offer a good discount for those who will pay in the cryptocurrency.

You will have more of a chance of securing the property as some sellers will only accept cryptocurrency as payment.

Disadvantages of Buying a House with Bitcoin

There’s an obvious risk when buying a house with Bitcoin due to its ever-changing value. We’ve compiled some disadvantages to make you aware of the risks.

The volatility of Bitcoin’s value means it’s highly unpredictable. Its value is known to increase or decrease significantly within seconds, making it harder to agree on a sale price.

The people who can afford to buy houses via Bitcoin are mainly “Bitcoin miners”, who invested before its popularity rose, so only a select few would be able to have enough to buy a house.

It’s hard to sort out insurance, estate agent fees and stamp duty with Bitcoin, making the process of buying a house more difficult.

Bitcoin isn’t protected by a UK regulatory protection scheme, meaning you’ll have no back up if you get hacked or the value goes to pot.

Due to Bitcoin’s anonymity, it’s commonly used to carry out drug deals and money laundering, which puts many estate agents and sellers off the idea of accepting Bitcoin as they don’t trust that it’s legitimate money.

The Future of Bitcoin in the Property Market

Bitcoin’s popularity in the property market is forever increasing, with it slowly becoming accepted by many estate agents worldwide as a form of payment for a house, whether it’s buying or renting. Although the use of Bitcoin and other cryptocurrencies has many sceptics, many people believe that this is just the beginning.

The majority of interest in buying property with Bitcoin has come from mainly a young demographic who’ve made a fortune in Bitcoin, according to one London seller. With the rise of bitcoin’s value and popularity, many people who invested in the digital currency when it first came out will now have the unprecedented opportunity to buy a house with Bitcoin.

At Monopoly Finance we have a team of property and money experts that are looking at both part and full payment options via Bitcoin and believe that both property developers and property investors can benefit from cryptocurrency.

If you have an interest in this area of property funding, please give us a call…